Get your 2022 growth into high gear by clearing the proper headspace. Scroll and book your free 30-min. consultation. 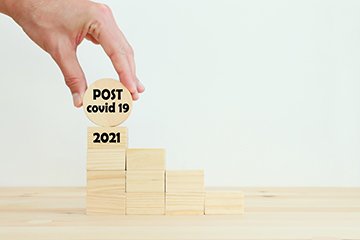 Home » Blog » What To Do With The Rest Of Your Life

Is there anyone out there, like me, contemplating major life changes and weighing your odds? Are you more or less doing OK despite a thousand really important things you would like to get done next? Are you in a new season of life, or it’s fast approaching? You’ll be wanting to accelerate your growth and contribution. How about the legacy after your time on the planet. Or is it leverage you’re seeking as a manager or leader?

Yes. Time for that conversation. It’s the one I’m having with myself. This is an open invitation for you to come join me.

Don’t know about you, but I couldn’t make myself relate to all those who’ve been saying life will never be the same again. At least, not beyond the general truth that “no man steps into the same river twice.” I mean, it felt obvious the pandemic too, will pass. Life will get back fairly close to normal, and things will adjust. As a result, life will continue better than it did during some of history’s worst pandemics. That’s my conclusion after researching what plagues as the 15-year Antonine plague did two thousand years ago.

But how did I get into that head-space?

I’ll say this. I”m sure I’m not the only one to get all philosophical when life starts throwing punches. And a pandemic is a wallop of a punch. This punch sent me reading a lot about plagues and Stoics from March through December of 2020. While reading, I discovered Ryan Holiday doing a splendid job. He did so by pointing out Rome’s challenges surrounding the plague during Marcus Aurelius’s reign. Those challenges are so identical to how Coronavirus is affecting modernity, it makes me chuckle. They led me to conclude that despite what so many experts are saying, precious little about this stuff is unprecedented.

So here we are. Maybe world-shifting events like pandemics are precisely supposed to make us revisit the broader existential question. That question? What are we supposed to be doing with our lives on earth?. It’s the same age-old question we’ve pondered since the beginning of consciousness.

Thanks to my former colleague, Terry Peterson, I stopped dismissing philosophy as just “mind-masturbation” over 22 years ago. Over the ensuing years, with considerable surprise, I discovered that Stoicism offers some answers that resonated with me at the deepest level. It’s a coming-home experience to feel the truth of what you always didn’t know you already knew.

Live among men as if God were watching, and speak with God as if men were listening.

Base of the Rainbow

I have a confession to make though. The entire Covid-19 ordeal has been a twilight-zone kind of experience for me. This has been the longest I’ve ever stood at a crossroads moment in my life, knowing what I want to do, having more than a few good ideas on how I want to do it, but nevertheless pussy-footing my way around jumping in with both feet. So just an hour ago, I tapped on the stop icon on iTunes, took out my earplugs. With a deep breath, I awoke my consciousness by taking in my blooming mango tree just a few yards from where I’d crouched over my phone, relaxing on the porch.

With fake resolve, I made a sudden one-eighty away from the tree and pushed my front door. Then, right away, indecision yelled at me so hard, I had to resist the temptation to pick up the book I’d been reading; or check my email, social media, Facebook, Netflix, or whatever. Can you relate to this? Monkey brains can be a behemoth when left unchecked. It’s what those huge Corporations invest billions use. Thankfully, this time I pulled out the little sitting chair I have in front of a rickety utility table I use to prop up my laptop. That’s how this post got written.

Epiphany: What do I do now?

Here’s what I sat down to capture and tell you. That flash of consciousness staring at my mango tree was clarity around why I’d been procrastinating. Without fully realizing it until just now, I needed to connect the work I want to do with these broader questions in a solid, natural way. Before today, there was this awareness that I’d reached the base of the rainbow with amnesia about when and where I’d started looking for it in the first place. That’s why I stood bewildered and pondering for over a year.

2010 began my quest to become a life coach while learning all I could about business in the information age. Along the way, interest in parenting had expanded to the shocking realization that soft skills are the missing ingredient at all levels in a world where commercialization has hijacked every societal institution. The human project is abandoned; almost all of humanity now exists in service to huge multi-national Corporations in a zombie-like fashion.

Thankfully, however, there’s also been a backlash from the anti-globalization and environmentalist movements. The quest now is to broaden their impact. In order to do so, we’ll be looking for ways for everyday people like you and me to participate. It’s this democratized kind of participation I sensed, that I needed to be integral to my own quest for fulfillment. I’m betting you have a vague sense of the same thing.

After rubbing shoulders with a lot of cool people; after being in virtual and real communities over the last 40 years, and after a lifetime of research, training, and more trial and error than I like to admit, I’ve discovered a few high-level insights. I’ll sum them up like this:

The Gutenberg editor uses blocks to create all types of content, replacing a half-dozen ways of customizing WordPress, bringing it in line with modern coding standards, and aligning with open web initiatives. That sounds pretty great huh?